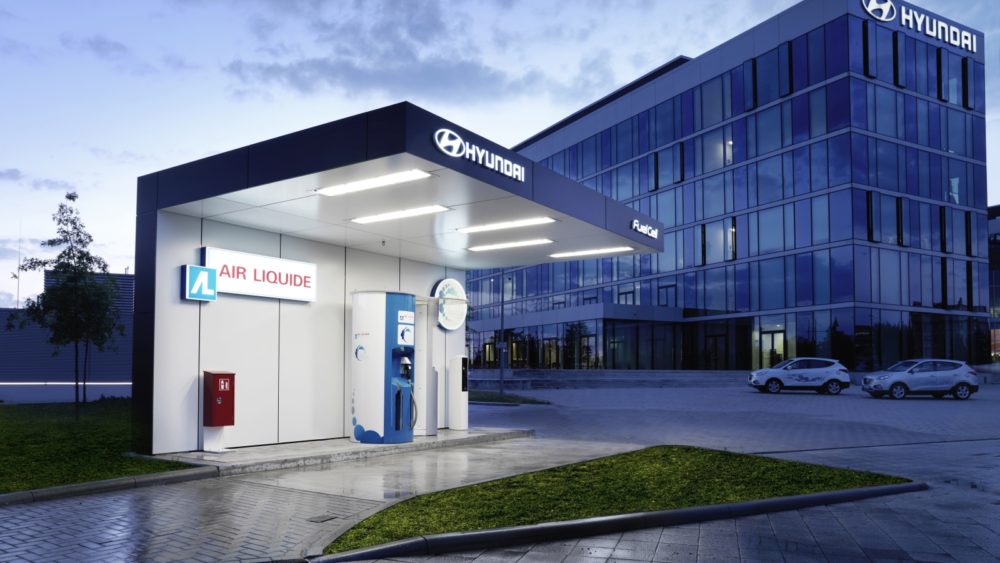 It’s Official: Hydrogen is a Fuel

My first memories of hydrogen can be split between its introduction in Chemistry 101 as the first atom in the periodic table, and the spectacular but grainy footage of the 1937 Hindenburg tragedy.

Fast forward to October 8 and the celebration of Hydrogen and Fuel Cell Day, aptly chosen for the atomic weight of hydrogen of 1.008. We’ve come a long way in the use of hydrogen as fuel. Hydrogen and fuel cells are used in multiple sectors for transportation, stationary power, and industrial applications. It enables energy security, resiliency, and a strong domestic economy in emerging technologies. It goes without saying that the industry and business perspective of hydrogen as a fuel has now taken center stage.

In a recent report by consultancy firm McKinsey titled Roadmap to a Hydrogen Economy, the United States already generates about 11.4 million metric tons of hydrogen per year, with an estimated value of about $17.6 billion. Reaching the report’s targets could drive about $140 billion per year in revenue and support 700,000 jobs by 2030, and about $750 billion per year in revenue and a cumulative 3.4 million jobs by 2050. Additionally, it forecasts that hydrogen from low-carbon sources could supply roughly 14% of the country’s energy needs by 2050, including hard-to-electrify sectors now dependent on natural gas such as high-heat industrial processes and manufacturing fertilizer.

The energy sector is undergoing an unprecedented global transformation as part of the push to decarbonize. Meeting carbon goals set by companies, states, and countries worldwide will require a multidimensional strategy and commitment from all participants across all energy sectors. A 2020 paper conducted by research firm BloombergNEF (BNEF), it found that clean hydrogen could be deployed in the decades to come to cut up to 34% of global greenhouse gas emissions from fossil fuels and industry, all at a manageable cost. However, this will only be possible if policies are put in place to help scale up technology, and drive down costs.

I remember hearing someone once say, “as long as business looks at hydrogen as a gas, the energy potential will never be fully realized”. Hydrogen has long been generated via electrolysis and steam reformation of natural gas. High profile companies like Toyota, Hyundai, and Plug Power have committed to developing commercial applications. In line with their drive towards a sustainable energy future, Microsoft has been testing hydrogen fuel cells for backup power at data centers as a replacement for diesel generators. Here, the idea of running green hydrogen fits with Microsoft’s carbon commitments.

So where is the underlying challenge? Infrastructure. Without a network of high purity hydrogen generation, massive scale deployment appears to be far off. In order to realize many of the goals identified in various studies, the number of fueling stations would have to expand from about 100 today to more than 4,300. In other words, massive investment. The most obvious solution would be to utilize the extensive service station network as fueling stations. Recently, a group of EU gas transmission operators came together to present a vision paper for how to create a “European hydrogen backbone” that could deliver this gas across the continent. In the United State, investments are being made in delivery and hydrogen generation by Shell and Air Liquide. Fundamentally, government-industry partnerships, such as the Hydrogen Highway in California, would accelerate adoption.

Fifty years ago, America put the first man on the moon. The Apollo 11 mission relied on a hydrogen-powered fuel cell system, which supplied electricity and water for the mission, and on liquid hydrogen as fuel to propel the rockets. So the question remains, have we embraced the paradigm shift of thinking of hydrogen as a fuel? It seems like we’re on the right path.

At Match Point Strategies we are all about energy, using our resources to power your technical projects with sound market research and customer engagement to accelerate your business growth. Need convincing? Reach out to us and see what we can offer!