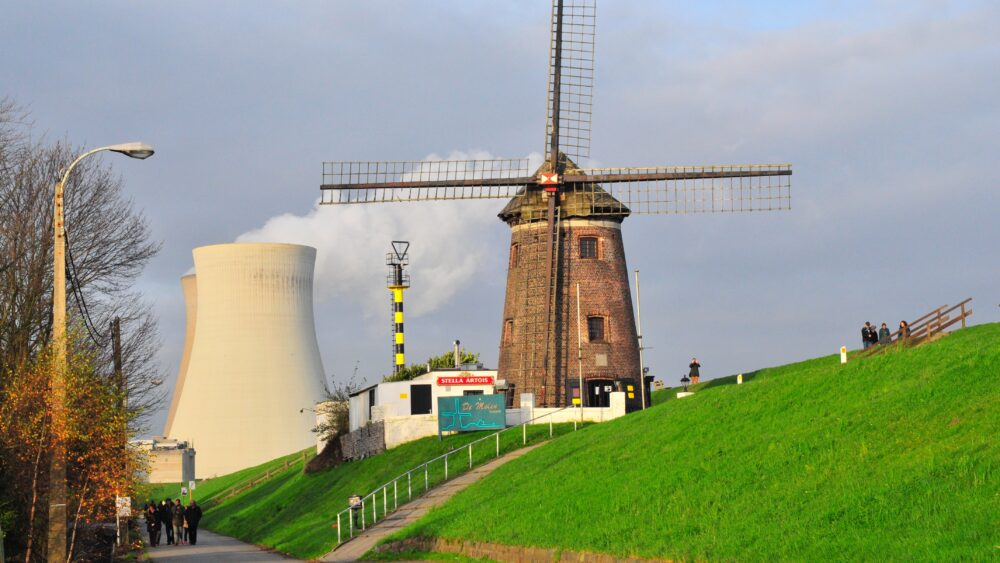 Well, Earth Week 2022 has come and gone.  I’m sure there were many community activities where folks planted a tree, collected trash and participated in zero-emission walks.  Nice to do and feel good about, but how about impact?  On a macroscopic level, efforts continue with renewable energy initiatives, mostly aimed at solar, wind, and in one case of emissions, continued pledges around EV and mobility.  As all roads lead to increased electricity generation and consumption, are we missing, or ignoring, an energy source that may be more impactful?

The United Nations’ Intergovernmental Panel on Climate Change, the world’s leading authority on climate research, released a recent report on the mitigation of climate change that includes nuclear energy in pathways to net zero.The authors of the IPCC report conclude that “nearly all electricity in pathways likely limiting warming to 2℃ or below is from low or no carbon technologies, with different shares of nuclear, biomass, non-biomass renewables, and fossil CCS across pathways.” Here, the inclusion of nuclear strategies are called out as an electricity option, a pathway not publicly talked about in recent years.  There is mounting support among scientists, academics and investors for this net zero contributor.

Nuclear power plants contribute to electricity security in multiple ways. Nuclear plants help to keep power grids stable. To a certain extent, they can adjust their operations to follow demand and supply shifts. As the share of variable renewables like wind and solar photovoltaics (PV) rises, the need for such services will increase. Nuclear plants can help to limit the impacts from seasonal fluctuations in output from renewables and bolster energy security by reducing dependence on imported fuels.

The U.S. Department of Energy is supporting the design, certification, and commercialization of small modular reactors (SMRs). SMRs are about one-third the size of the reactors that are operating and under construction in the United States. SMRs have simple, compact designs that can be assembled in a factory and transported by train or truck to the power plant site. The size and simplicity of the SMRs could reduce the time it takes to construct a new nuclear power plant  providing provision for incremental power additions.  Their ability to operate in micro-grid environments makes this technology increasingly viable at addressing the demands of climate change midigation.

And, it is a big AND, investment in nuclear energy, raw mineral mining and hard assets have never been more attractive in recent years.  Companies such as Cameco, Uranium Energy, and Duke Energy are showing signs of market bullishness.  In the case of SMR’s, a recent MOI agreement was signed between upstart NuScale Power and several high profile companies (Doosan, GS Energy, and Samsung), starting in 2019 and building upon a series of investments through July of 2021. As part of the MOU, these industry leaders will explore jointly studying, planning, and developing deployment of VOYGR power plants in specific locations where mutually agreed. Speaking positively about the MOI, Yongsoo Huh, GS Energy President and Chief Executive Officer offered,  “I believe that the world today is in dire need of SMR deployment to respond to the global climate crisis and to reach net-zero.”  Do you agree?

At Match Point Strategies, we investigate and communicate technical topics of relevance to a wide variety of stakeholders through collected research and opinion.  We thrive in providing timely input to support your decisions for directional guidance and impact.